3 Ways to Avoid Paying a Penalty

How much does the penalty cost?

This depends on how long you went without creditable prescription drug coverage. Currently, the late enrollment penalty is calculated by multiplying 1% of the “national base beneficiary premium” by the number of full, uncovered months that you were eligible but didn’t join a Medicare drug plan and went without creditable prescription drug coverage. The final amount is rounded to the nearest $.10 and added to your monthly premium. This penalty amount may increase each year if the national base beneficiary premium increases. In most cases, you have to pay this penalty for as long as you have a Medicare Drug plan, even if you switch plans. 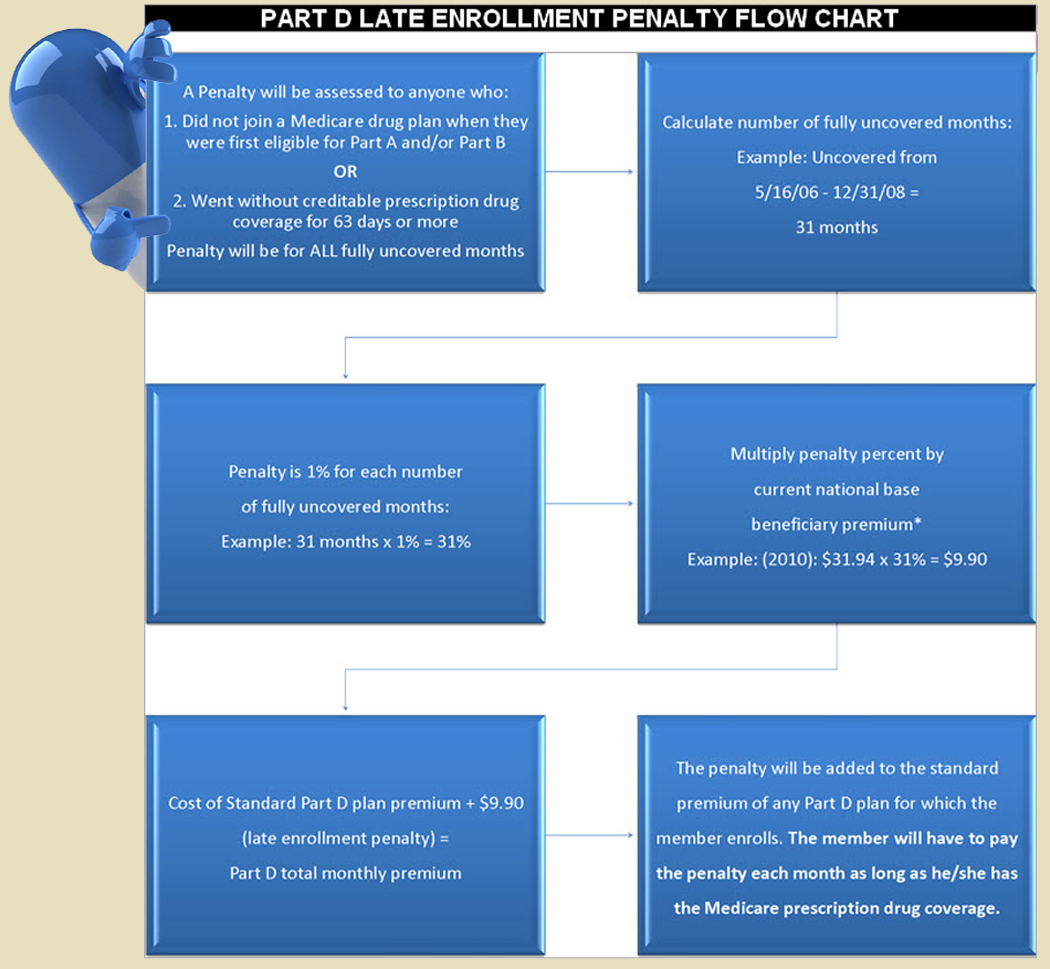