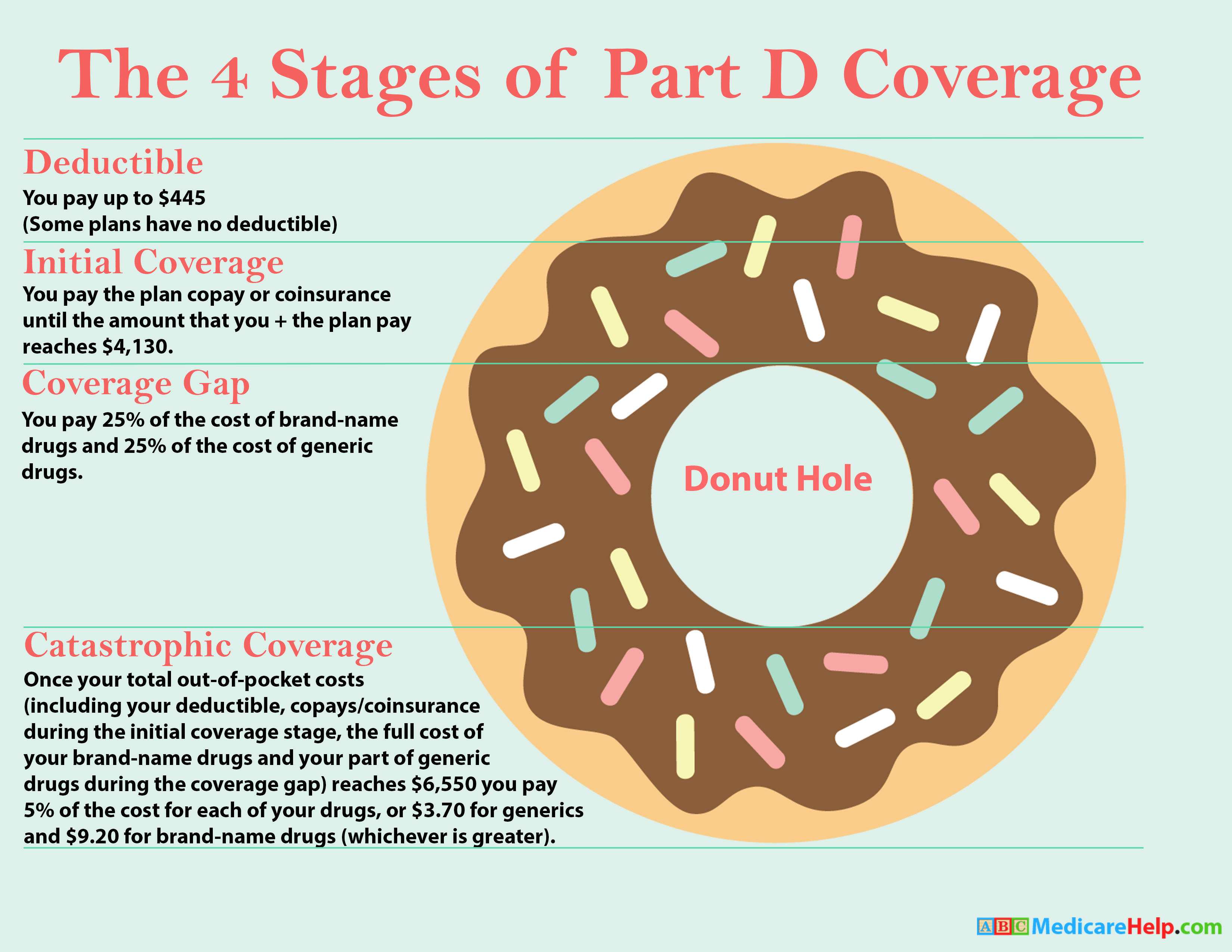 There are 4 stages to a Part D drug plan:

It’s important to note that Medicare itself tracks your True Out of Pocket Costs (TrOOP) for each year. This can protect you from paying certain costs twice. For example, if you pay the deductible on one plan, and then later switch to a different Medicare Part D plan because you moved out of state, your new plan will already see that you have paid the deductible for that year. The costs for coverage gap and catastrophic coverage work the same way.

Part D drug plans also have changes from year to year. Your plan’s benefits, formulary, pharmacy network, provider network, premium and/or co-payments/co-insurance may change on January 1st of each year. Medicare gives you an annual election period during which you can change your plan if you desire to do so.

Request To Partner With Us